The Fender Mustang GT200 Guitar amplifier is one of three new amps to the Fender Mustang amp line up for 2017.  This review attempts to answer a lot of frequently asked questions as well as to help you work out if you actually need this new amplifier.

The Fender GT 200 is a digital modelling amplifier featuring 2×12″ guitar speakers and 200 watts of power.  The Fender Mustang GT200 also comes with a 4 button footswitch and power cable.   Please note: This is the only amp from the range that has the included footswitch.

The Fender Mustang GT200 is an extremely light amplifier.  It weighs about the same weight as the previous Mustang III V2 amplifier.  That is correct it’s as light as the Mustang III.   The Fender Mustang GT100 is even lighter.  It’s so light it actually feels odd when you pick it up.  This is a double edged sword.  Some people really like light amps while others prefer them to feel heavy because that’s associated with quality.  If you have a bad back these amps are great.

Should I Upgrade from a Mustang V2 Amplifier?

I hear you asking me: “These amplifier are an upgrade right? I’ve seen it all over the internet”.

This is where I am not convinced.  In my personal opinion the connectivity features are an upgrade in many ways.  Updating the firmware of the amplifier without having to use the Fender Fuse software is fantastic.  You now download an app called “Fender Tone” to make, download, and upload patches.

This is where my first gripe with the amplifier begins.  Fender decided to rid the amplifier of the hardware keys for overdrive, mod, delay, etc in favour of having a phone in your hand.  I think the removal of the hardware keys is a huge problem and I will tell you why.  Imagine you’re at a gig or a jam night.  You forget your switch and now you have no way to really control the amp other than using the clunky menu system or the app.  What’s worse is sometimes the app doesn’t stay connected to the amplifier if the screen goes blank.  If your phone battery goes flat and you have no footswitch you’re in for some trouble especially when playing live.

The app itself isn’t too bad considering it’s new. I am sure Fender will update it and make improvements over time.  It’s a shame though there’s no PC/Mac option available.  Most modern computers have bluetooth connectivity and I would prefer to tweak my patches on a computer than always having a phone in my hand.  You can of course use the menu on the amplifier to do everything the app does in terms of setting up the presets but keep in mind it’s a lot more clunky.

How does the amplifier sound?

Not very good overall.  The clean Fender tones are quite nice on their own but the drive sounds aren’t great.  It feels like this amp is more of a Hi Fi sound than a guitar amplifier.  What do I mean by that?  It sounds flat and scooped compared to a regular amplifier like a Peavey Bandit, Fender Blues Deluxe, or just about anything else.   The good news is Fender actually programmed the stock presets pretty well.  They aren’t perfect but you can easily tweak and save them as you go.

How well does the amplifier take pedals?

In terms of overdrive pedal the quick answer is not very well.  I am convinced that certain YouTube channels do a lot of post production audio editing on their videos to favour sales.  In my experience the Bandit sounds way more 3D in terms of pedal tones than the Mustang GT200.  The new Mustang GT amplifiers are very Hi Fi and very scooped in the mids.  They sound okay for home use but it’s the sort of sound that gets lost in the mix when playing live.  Trust me, I have a good ear for this stuff.  In my personal opinion the V2 amplifiers weren’t great with overdrive pedals either but this is on a whole new level (not in a good way).

Is the FX loop Good?

The good news is the FX loop works great for modulation and delay pedals.  I think this is a huge bonus for folks who want to use external effects.

Don’t get me started on the footswitch.  This is a serious downgrade on the previous version of the amps.  Check this video below for my rant on the footswitch capability.  Unlike the older amplifiers you can only connect one footswitch to the amp.  Not only that but Fender have skimped on providing even a 2 button footswitch for the GT100 and GT40 amplifiers.  This means you need to spend $100+ dollars on a pedal just to use the amp with more “convenience”.

The looper function on this amplifier is awesome.  It’s a welcomed addition and something they got right.  It’s easy to use and works great.

What’s in the Box?

This unboxing video below shows you everything that comes with the Fender Mustang GT200 amplifier.

What you get in the box

Watch my video review of this amplifier here.

The easiest mod you could make to the Fender Mustang GT200 or GT100 would be to change the speakers.  Fender really provided us with cheap, junk speakers that have no push in a live context.  If you were to swap these speakers out for an Eminence Swamp Thang or Eminence Texas Heat for example it would make the amplifier heavier but it would have to sound way better.  The Texas heat speaker would give the Mustang GT200 the mid frequencies it lacks for live use.

Who is this amp for then?

Someone who wants good tones at home.  I wouldn’t use this amplifier live without changing the speakers out. I am going to give it a try live but I already know it’s going to suck based on what I am hearing at home and from hat I know about many other amps.  While it is a loud amplifier it doesn’t have the 3D sound of a real amplifier.  For home use and jamming with friends it will be fine.  I really feel like the EQ system per patch is nothing worth writing home about.  The mids control adds honk and the bass control adds boom.  There’s a night and day difference between what these patches are trying to do and the real amps in terms of how the EQ system works.

The stock presets are pretty nice and I am sure you’ll get a great sound for playing at home.  My opinion is while you “can” use it live it won’t have the same 3D push/knock of a Peavey Bandit, the Mustang V2, or any decent Tube amp.  If you don’t already own a Fender Mustang then you can give it a shot but don’t expect miracles from it.  Think of the Mustang GT as a really loud Hi Fi sounding guitar amplifier for playing at home and jamming along to CDs. 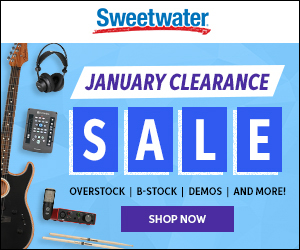 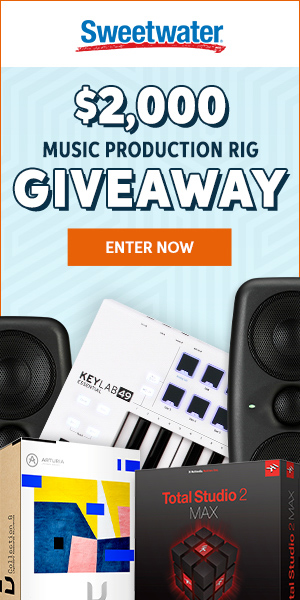