This is a deep-dive review of the Boss Nextone Artist guitar amplifier.  This amplifier is the high end solid-state/modeling amplifier from Boss.  I will also talk about the differences between the Nextone and the Boss Katana because I’m sure there’s a lot of people wondering what the difference is.

What I Like about the Boss Nextone Artist Amplifier

There’s a lot to like about the Boss Nextone Artist guitar amplifier. This is where I think the Nextone amplifier gets it right:

The Clean channel is fantastic! It handles pedals really well or you can use it with the built-in effects. I have used this playing in a live situation with pedals and the clean tone handles this great.  The reason the clean tone works so well with pedals is that it’s a solid-state clean channel. If the amp was fully digital, it wouldn’t handle pedals as well as it does.

Roland came up with a feature they put in their BOSS Nextone range called “Tube Logic”.  This is a feature that is designed to emulate the character of various power tube/valve configurations.  A 6L6 amplifier will sound very different from a 6V6, EL84, and EL34 variations.  This character is highly sought after by many guitarists depending on their requirements.  While the various tubes clearly affect the clean headroom and character of the amplifier, it is also a “feel” thing that you’ll notice.

Plugging in and switching between various power settings really does sound great and it also feels great to play.  The amplifier allows you to use the same or different power amplifier settings depending on your needs.  For example, if you are a Fender fan you might want to use the Clean channel with 6V6 (deluxe reverb) or 6L6 (Twin).  You can then store the drive channel with an EL84 (Vox) or EL34 (Marshall) for a bit more bite or body.

The Built-in FX Loop is also another great addition.  Having the ability to run effects through the amplifier is a huge advantage to those who need more than the amplifier is capable of.  The FX Loop can also be turned on and off thanks to the optional footswitch. I highly recommend buying one of these if you are thinking of getting the amplifier.

The built-in reverb effects are simply amazing and very functional and musical.  These digital reverbs allow you to re-create classic reverb tones such as spring, hall, and room.

The onboard delay effects are phenomenal and you can control them via the physical amp controls. You can choose from a few different delay effects which allow you to get a delay effect without a volume drop.

It is far more simple to use than the Boss Katana! This amplifier has far fewer options allowing the guitarist to ‘play more’ rather than tinker with options endlessly.

The Boss Nextone has a great power attenuation feature allowing you to get great tones at any volume.  This is simply fantastic for home players who don’t want to annoy the neighbors or housemates. The power attenuator goes in stages up to 80 watts which is perfect for live gigs.

The stock speaker is pretty great. The BOSS Nextone artist comes loaded with a G2-100.  This 100-watt speaker handles the maximum volumes of the amplifier no problems at all. Sure, you can upgrade the speaker if you needed to but so far the stock speaker has proven to be a real winner. While I have noticed it’s not quite as huge-sounding as my tube amps, it’s pretty loud!

Where I think the Boss Nextone Artist Amplifier Needs Improvement

While the BOSS Nextone is a great amplifier, it’s not quite perfect in my experience.  One thing I can’t stand about any amplifier that requires a computer is that many parameters can’t be changed without a computer.  Let’s say for example you want to change the overdrive type.  There’s no way to change anything without the computer.  This is the biggest frustration with the Nextone and also to a lesser extent, the Katana.

Another thing I’ve learned about this amplifier after my video review is that the lead channel doesn’t sound good enough.  Sure, it has a lot of drive but it doesn’t sound good enough for a live sound.  It’s one of those lead channels that gets buried in the mix. At home it works okay but out playing live is where the true test is.  In my experience playing live, the Nextone was sub-par on the drive channel no matter how I had it set up.

The lead channel doesn’t have the 3D projection that the clean channel with pedals has. I’ve tested and tried over a hundred amplifiers that sound great at home but this doesn’t always translate over to a gig.  The clean channel with the built-in effects work better, but being you can’t edit the gain stage, it’s still not functional for most players.

What Would Make the Boss Nextone Artist Better

It would be great to have the option of using the drive channel as a secondary clean channel.  This might sound strange but the clean channel with the onboard effects is great.  For a guy like me who looks for functionality first, having a second channel that’s just “louder” would be amazing.

The software can get confusing if you don’t have a good understanding of EQ controls. If you have had experience with other amps like the Katana, Fender Mustang, or Marshall Code you will be fine.  The Nextone software is overall a much easier experience than all of the previously mentioned amplifiers.  BOSS marketed this to gigging musicians who wanted simplicity.  They did a great job on the most part but due to some of the limitations of not being able to edit effects without a computer, it won’t be for everyone.

Is the Boss Nextone Better than the Boss Katana MK II?

Yes and No.  This is considered by BOSS to be their premium all-in-one amplifier.  The Nextone is also more expensive than the BOSS Katana MK II.  I know there will be a million Katana fans saying the Katana is better valued due to all of the extra effects you get with it over the Nextone.  I really think the Katana MK II is by far the better choice if you are on a budget and you want an amplifier that can do “everything” and has “more”.

The Katana offers more effects, more channels, and a much less expensive package that will appeal to many guitarists on a budget.  Visually, the Nextone looks much nicer in my opinion but in the heat of battle at a gig, they both perform about the same.  One of the huge limitations with the Boss Nextone is that BOSS never released a 2×12 version of the amplifier.  The Katana offers a wider range of amplifiers and features for a very similar sound.

Having used both at home and at a gig, the Nextone is a lot easier to dial in.  The Katana has more options, which means more things to fiddle with as opposed to a true plug and play experience.  For those who use pedals, I would pick the Nextone as the winner in comparison with the 1×12″ version of the Katana.

I did a quick shootout video between the Nextone and the Tone Master Twin and how they handle effects pedals.  Depending on your requirements this shootout might be the exact answer you need! Check it out. Read my full review on this website of the Fender Tone Master Twin Reverb.

Overall the BOSS Nextone is a good amplifier.  While I don’t think it’s perfect in terms of functionality, the tones are overall very good.  With the slightly disappointing drive channel aside, you can get a lot of great tones using the built-in effects or external effects.  Unlike amplifiers such as the Fender Mustang GT or Marshall Code, using external effects into the front end works great.

If you are a gigging musician being unable to change the amount of drive you set via your computer could be a problem.  For anyone else who likes to jam live for fun or want a great amp for home, this is a really great choice.  If you want to save a few bucks go for the BOSS Katana.  For those wanting an amplifier that sounds very close to a Tube amplifier in terms of tone and feel, then give the Boss Nextone a shot.

Check it out on Sweetwater | Thomman 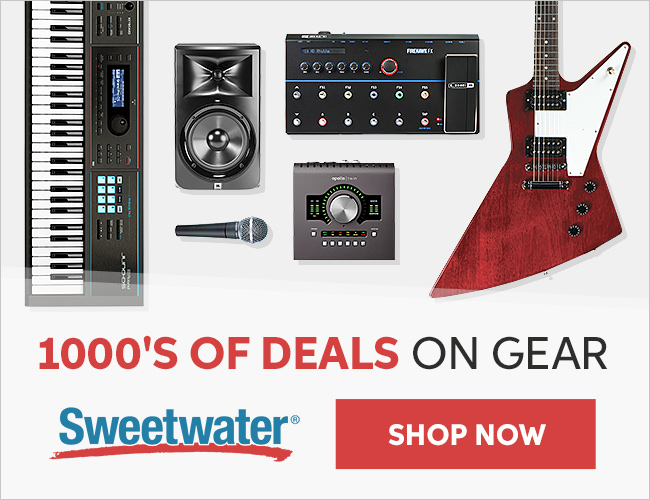